Posted on January 23, 2020 by teffpressofficer 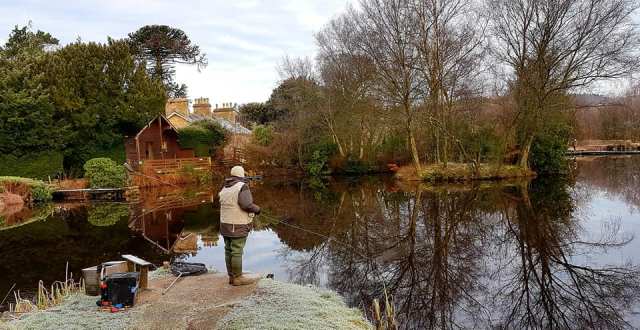 Twelve anglers fished the eighth bank qualifier of the 2019/20 season Bank House Fly Fishery, Lancashire. Cold frosty conditions greeted the anglers as temperatures dipped to minus five degrees the night before, however the lake remained ice free for the competition to go ahead.
There were six newcomers to this heat along with anglers who had entered qualifiers over the last few years. Billy Thompson was first into action taking the first trout of the competition at just after 9.20am and by 9.30 half the field had caught fish. At lunch 11 of the anglers had caught with it all still to fish for in the afternoon. 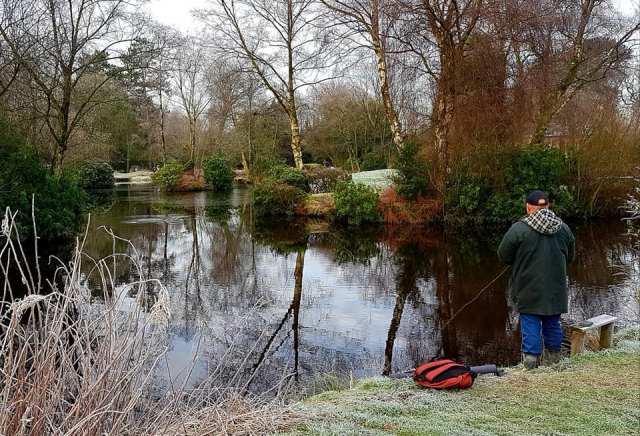 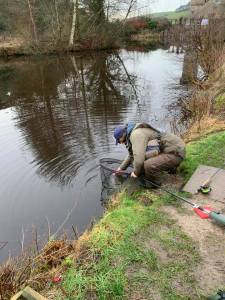 After lunch Graeme Bell got off to a flyer catching four trout quickly with Terry Wood also into the fish taking three trout. These two anglers led the way to the final whistle taking first and second place respectively. In total 77 trout were caught giving a healthy rod average of 6.5 with no blanks! There were many fish in the six to 10lb bracket caught.
The successful methods were Cat’s Whiskers fished two foot down, Mop patterns under the bung and Hare’s Ears and Diawl Bachs fished static on the washing line on a Midge Tip. 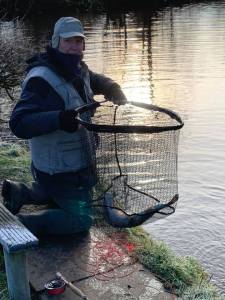 The AT TEFF would like to thank Ben Dobson at Bank House for hosting this qualifier and Lee Cartmail for running the event.
The next bank qualifier is Westlow Mere on Sunday 2nd February followed by Blackdyke Trout Fishery on Sunday 16th February. The last two opportunities to qualify for the semi-finals after these to qualifiers are at Press Manor Trout Fishery and Woolaston Court Trout Lakes. To book on to any of the last four bank qualifiers then please go to the Angling Trust Events website at www.anglingtrustevents.net/game