The International Fly Fishing Association website has the results of all of the Loch Style and Rivers Home Internationals going back to 1928.

Credits: These images and files were originally collated and archived over many months by Sean Cutting, Mevell Web Design, for the website of the Confederation of English Fly Fishers (the forerunner of Angling Trust Team England Fly Fishing). They incorporate images and reports supplied by many contributors, including Iain Barr, Bob Church, John Horsey, Steve Horsey, Steve Thornton, and many others.

Links to the Full Results are via the website of the International Fly Fishing Association (IFFA) the body set up to co-ordinate and manage international fly fishing competitions between England, Ireland, Scotland and Wales.

International loch-style matches between England and Scotland were originally held once a year at Loch Leven, Kinross, Scotland, from 1928 to 1931.

In 1932 the first home international, between England, Ireland, Scotland and Wales, was held, also on Loch Leven, with annual matches continuing to be held here until 1970 (with a break between 1940 and 1949).

In 1971 it was agreed that two matches would be held each year, with the venue rotating round each of the countries, a practice that still continues.

Until 1972 the England team had been selected from members of the England Fly Fishing Association (EFFA), a body that continues to exist to this day (EFFA website).

Following the resignation of the EFFA committee in September 1972, a ‘President’s Select’ team took part in the international matches for 1973 and Spring 1974, with an ‘England Select’ team in Autumn 1974. With the formation of the Confederation of English Fly Fishers, CEFF England teams, selected through eliminators, took part from 1975 onwards. 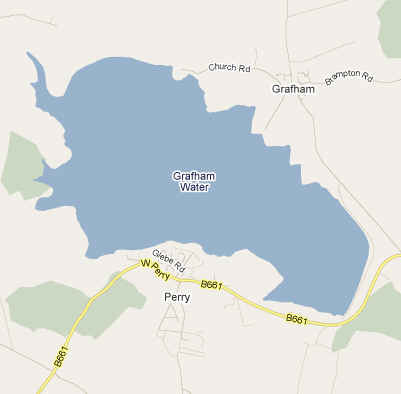 England secured a convincing victory in the Autumn International on Friday 23rd September, finishing 29 fish in front of second-placed Scotland.

Although the moderate South Westerly wind repeated the pattern seen for much of the week, the promising cloud cover which welcomed competitors at the start of the match rapidly thinned out to give harsh, bright conditions.

Despite covering the whole reservoir intensively during practice, at the gun nearly all boats headed for an area between G Buoy and the Willows to the North end of the Dam. 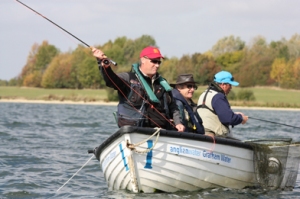 England’s Nikki Long got off to a good start, boating five fish within the first ninety minutes. Although the deteriorating weather conditions might have favoured pulling, it was noticeable how the numbers of those figure-of-eighting on floater or midge-tip increased during the morning.

Drifts around D Buoy produced fish early, with Iain Barr having two productive drifts there, but in the afternoon G Buoy and the Jetty switched on, where he continued to catch.

Iain finished as top English rod with 16 fish for 37-6-4, later remarking, “It’s the first time I’ve gone out at the start of a major competition with a floating line…The fish wanted it very slowly, almost static, I think many anglers were moving the flies too quickly”. 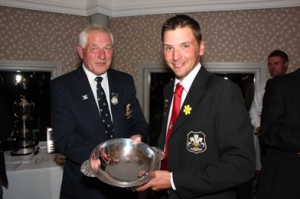 Iain’s performance was only eclipsed by Wales’ David Hoppe, who took the Brown Bowl with a stunning 18 fish for 39-10-6. Graham Watson, former England loch-style team manager and his boatman for the day, commented, “This was probably the best display of nymph angling I’ve ever seen”. 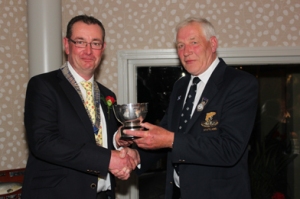 Team captain Ed Foster, who himself landed a dozen fish, paid glowing tributes to his team for a consistent performance throughout the practice and the match. Nikki Long finished with 13 fish, Mike Cocks had 9, while new caps Carl Nixon and Tom Davis both landed 8 fish, a great start for their first international! Congratulations to the whole squad, and particularly team manager Richard Slater. 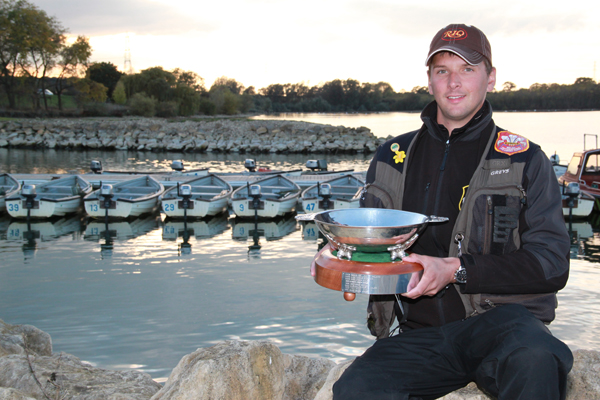 Video of the march down to the boats courtesy of Martin Introna. Stirring stuff!