Posted on April 13, 2015 by teffpressofficer 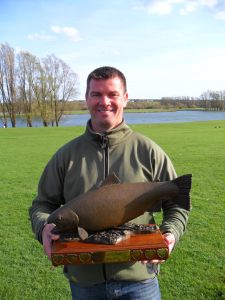 Forty six anglers fished in blustery conditions around the fishery from allocated pegs – four in the morning, and four in the afternoon.

My thanks to Jim Tuck for organising the event, and to Ed Foster for the use of Elinor Trout Fishery.