Posted on August 3, 2014 by teffpressofficer 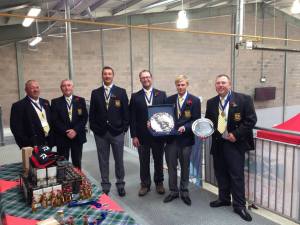 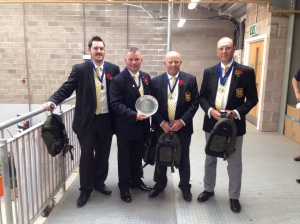 AT TEFF England A – Team Silver

Alan Jenkins, AT TEFF Manager reports: The first ever 5 Nations Fly Fishing Competition proved a great success as part of the Stirling International Angling Festival. The Competition attracted multiple teams from France, Ireland, England, Scotland and one team with competitors from both Belgium and Luxembourg. The event was fished at four venues – the River Carron, the River Devon, Carron Valley Fishery and the Lake of Menteith.

The Individual Gold was won by Robert Brown – England A, with Silver going to Kenny Riddell – Scotland A, and Bronze to Paul Lee – England B. The full individual results are here 5N Leader Board 2014

The success of the event was only made possible by the support from local clubs and fisheries who allowed the use of their waters for both competition and practice. Thanks must also go to the large number of volunteer controllers, officials and sector supervisors, who gave up their time to help make this event such a success. The feedback from the competitors was full of praise for the venues and the enthusiasm and helpfulness of the volunteers. 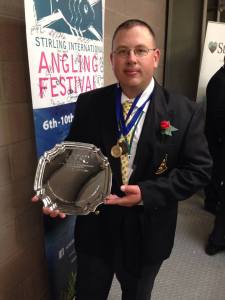 It has been some time since England Fly Fishing entered two teams A & B to compete in Internationals. A decision to decide who fished in which team wasn’t that difficult as all eight anglers have equal angling abilities. Both teams all agreed from the beginning the only way was to ensure they all shared flies methods and tactics, both teams worked as one with the results showing AT TEFF winning the Gold and Silver medals and Individual Gold and Bronze.

I must say it was an honour and privilege to act as team manager to a great team of anglers, with such talent it bodes well for AT TEFF for future Internationals both at home and World and European championships.

My sincere thanks to SANA and Gillies Breckenridge and all those involved for their assistance in this inaugural International competition.

The event next year will be held in Ireland.