Posted on November 19, 2019 by teffpressofficer 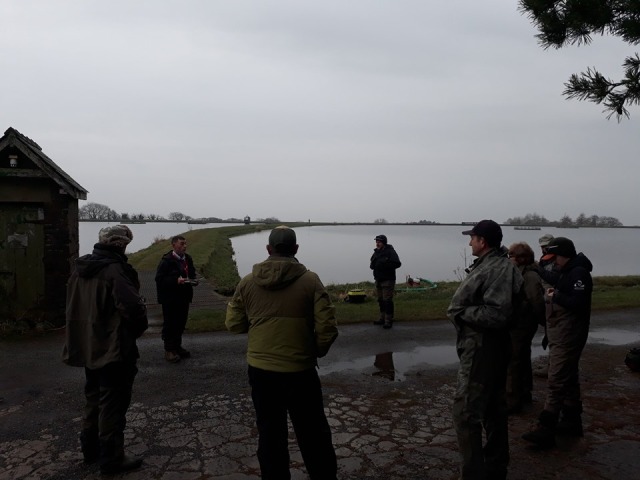 Eight anglers fished the fifth bank qualifier of the 2019/20 season at Barnsfold Waters Trout Fishery on Sunday 24th November. Overcast conditions and a soft easterly wind welcomed those anglers competing. There were many local anglers on the lakes who were

catching steadily as the competitors set up. The fishing had been tricky of late and this was evident with the range of rods set up in the car park; floating lines with nymphs and FABs, the bung with a whole host of flies underneath, fast and slow glass lines with pulling tactics and DI3s with single lures.

The match was pegged on the causeway between Barns and Beacon lakes with anglers fishing both pools for the duration of the match. Darren Richardson got off to a flyer catching two fish off his first peg on a DI3 line and an Eggstacy Worm. Gwyneth Mooney, fishing her first qualifier, and the experienced small water angler Mark Harrison were soon into fish with Mark taking his first fish on a buzzer. By lunch all eight anglers had 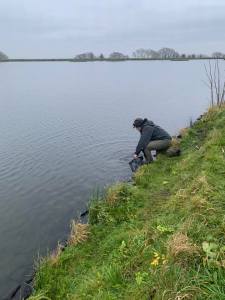 caught with Darren Richardson and Iain Scott out in front with five fish each.
After lunch Darren Richardson took a fish first cast to take his tally to six but it with was Mark Harrison, who had two fish at lunch, who found the right tactic to catch an amazing six fish in the afternoon session. Mark fished small eggs under the indicator along with FABs on a DI3 to finish with eight fish for 14 place points. This was an excellent session for Mark as the afternoons tend to see less fish caught than in the morning session in these matches.
Second place went to Darren Richardson who managed seven fish for 12 points, third was Iain Scott

with seven fish for 12 points, being pipped by Darren who caught first. The fourth and final qualifying place went to Gwyneth Mooney, who caught three fish for six place points beating two other anglers who had the same score by catching early off her first peg. The top four now progress to the northern semi-final in March at Toft Newton Trout Fishery.
It was great to see a mix of new and experienced competition anglers at this heat.
The AT TEFF would like to thank Frank Casson at Barnsfold Waters Trout Fishery for hosting this qualifier and Lee Cartmail for running the event.
The next bank qualifier is on the 1st December at Bessy Beck Trout Fishery. Entries for this qualifier are now closed.
Ellerdine Lakes is the last qualifier of 2019 on the 8th 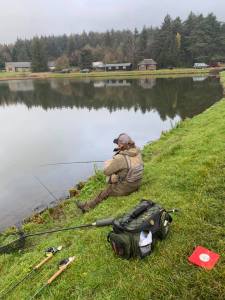 December. There are five more qualifiers in 2020 at Blackdyke Trout Fly Fishery, Westlow Mere – Congleton & District Fly Fishers LTD, Woolaston Trout Fishery, Bank House Fly Fishery and Press Manor Bernie Maher. To book on to any of these bank qualifiers then go to the Angling Trust Events website at www.anglingtrustevents.net/game 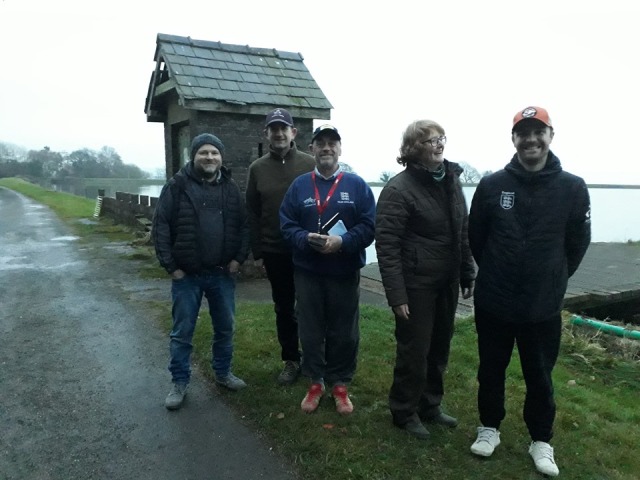