Posted on October 8, 2015 by teffpressofficer

This event was hosted by the Trout Anglers Federation of Ireland (TAFI), with support from the Department of Culture, Arts and Leisure (DCAL), Stena Line, and the Mid and East Antrim Borough Council. 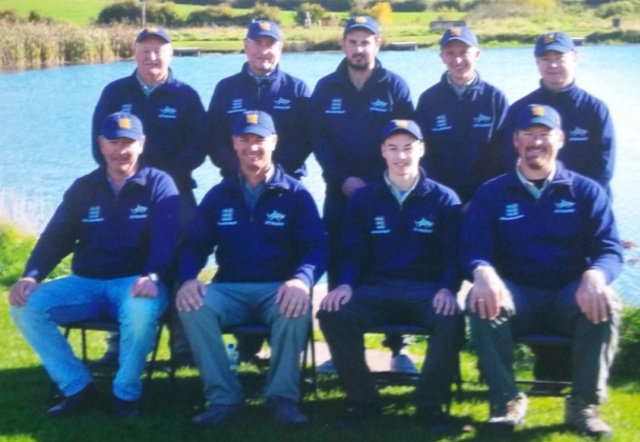 Manager Alan Jenkins reports: England got off to a fast start in the afternoon, with eventual individual winner James Stevenson, into 2 fish quickly. It was going to be tight with every fish so valuable. However Ireland had a better afternoon but the morning lead was enough to see Scotland home. The results were announced after what seemed a long wait and then it was official, Scotland first with 14 fish, England 13 fish, Ireland 12 fish and Wales 5 fish. John Brown had longest fish at 57.1 cms, top individual was James Stephenson followed by Alan Hill and Phil Dixon England. Fewer blanks and a superb size of fish helped Scotland achieve its 3rd Gold medal in 6 years at these Championships. Team plan of sticking to flies in the team box ensured all team members contributed to result. Next year we go back to Garnffrwd Fishery in South Wales.

Team England would like to thank our sponser John Grantz www. Grantz .co.uk for providing the team clothing.