Posted on September 16, 2014 by teffpressofficer 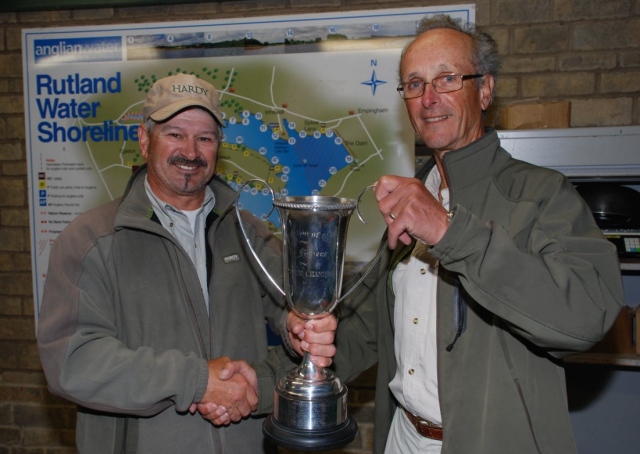 Autumn Loch-style Manager, Paul Angell reports: Over two days of exceptional fishing at Rutland Water, John Horsey emerged as the clear National Champion with a brilliant display of consistent angling, taking first place on Friday and fourth on Saturday, giving him a total of 5 place points, 13 ahead of second placed Rob Barden from Kent who finished with 18 place points, finishing eighth on Friday and tenth on Saturday.

John fished dries across Manton bay to take his eight fish limit by 1.35pm on Friday, and 3.08pm on Saturday. Overall the anglers found the fishing tougher on the second day, with 37 anglers reaching their 8 fish limit on the Friday, but only 10 managing it on the following day.

The AT TEFF squad for the 2015 Spring & Autumn Home Internationals

This entry was posted in Uncategorized. Bookmark the permalink.
Loading Comments...