Posted on August 20, 2013 by teffpressofficer

Fourteen of the top English loch-style anglers will be travelling to the Lake of Menteith, Scotland, in mid-September for the Autumn Home International against the host nation, Wales and Ireland. 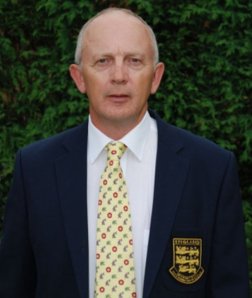 The England team comprises the top anglers from the National final fished last year at Bewl Water in Kent. The team is captained by Stafford angler Paul Angell, who had this to say about the team’s prospects in Scotland.

“With just over a month to go until the Autumn International at the Lake of Menteith, the anticipation and excitement are really starting to build. The England team has a good mix of new caps and experienced internationals, and a great team spirit is emerging. We are all looking forward to pitting ourselves against the other home nations and believe we have the talent and the qualities needed to produce a winning result.

“All the teams are strong, but the Scots, on their home water, and with their excellent organization and recent record, will certainly start, on paper, as the favourites. Having said that, we are going to be fishing for stocked rainbow trout, which is something most of the teams will be very used to. Who will emerge as the winning team on the 20th September will be largely down to who has prepared best and who has been best able to adapt to the conditions on the day. Of course a little bit of luck is always important, but at this level, luck only plays a minor role.

“The Lake of Menteith is a top quality fishery, with clear water, and hard fighting fish. What more could you ask for in an International venue? At 700 acres it is big enough to provide a real challenge, but not so large as to make fish location a major problem on the practice days leading up to the competition.

‘Team England will be going flat out to go one better than in the Spring International where the Scots were victorious, beating us convincingly into second place, but no-one should forget that there are four teams of dedicated anglers, all at the top of their sport, all of whom will be giving their all in pursuit of victory. May the best team on the day win. All I know is that I am immensely proud to be leading a great bunch of guys, and captaining my country at the sport which I love.”

Good luck to them all!

Courtesy of the Angling Trust